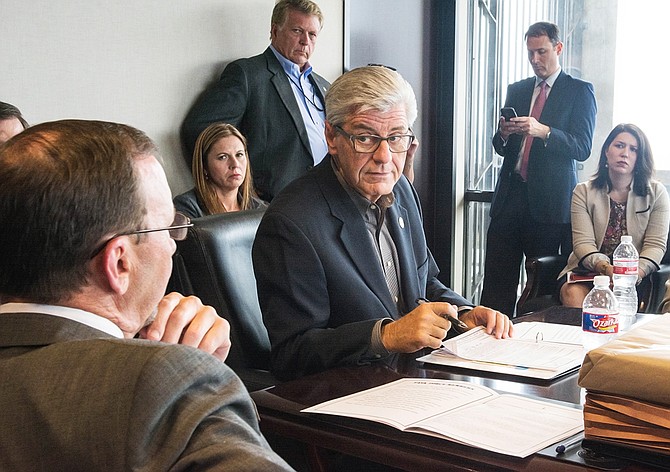 Gov. Phil Bryant said he did not want to wait until January to start implementing some of the recommendations from his Opioid Task Force, which the director of the Mississippi Bureau of Narcotics, John Dowdy (left), is leading. Photo courtesy Cam Bonelli

The Governor's Opioid and Heroin Study Task Force released its recommendations Wednesday, Aug. 3, to help Mississippi curb the number of overdoses and death that the opioid epidemic is causing.