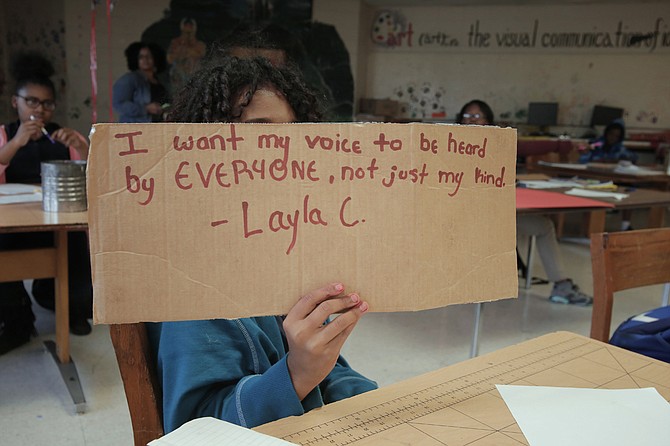 Layla, a 12-year-old student at Siwell Elementary, said maybe Hillary Clinton’s loss meant that she could be the first female president.

The electorate of the United States, and the voters who elected Donald Trump, do not resemble the demographics of the country's public schools.