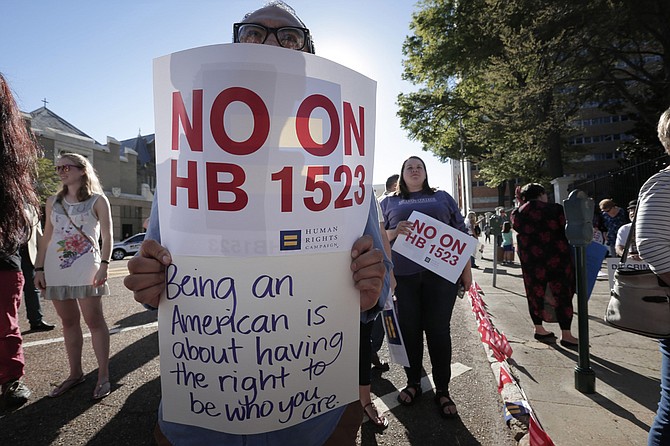 Protesters rallied against House Bill 1523 in April, which will become law on July 1 unless U.S. District Judge Carlton Reeves blocks it this week.

"Congress shall make no law respecting an establishment of religion or prohibiting the free exercise thereof...." How those words affect the language in House Bill 1523 could lead to a ...