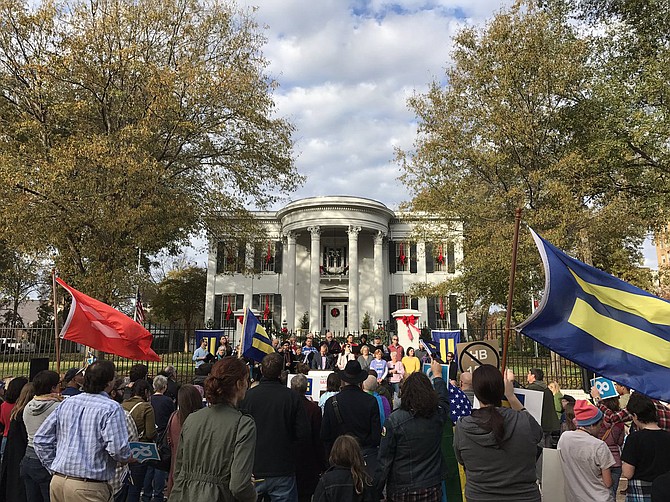 More than 200 protesters marched from the Mississippi capitol to the governor's mansion on Dec. 11 to protest the governor's appeal of House Bill 1523. Photo courtesy Nick Morrow

Mississippians Rally Against Hate, HB 1523: 'We Cannot Be Silent'

More than 200 Mississippians staged a "Rally Against Hate" Sunday, demonstrating against Gov. Phil Bryant's determination that a law allowing individuals, businesses and government workers to discriminate against LGBT citizens ...