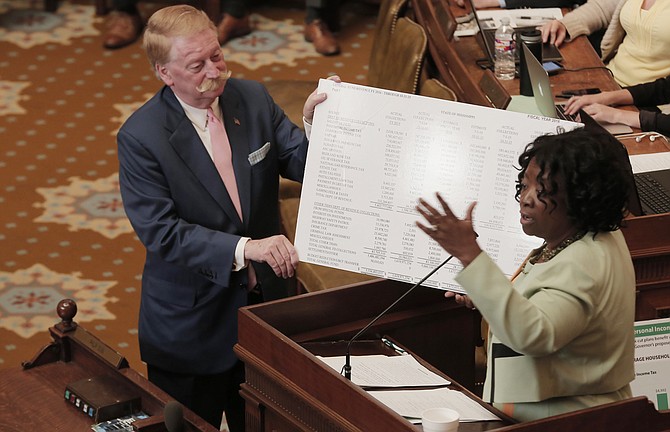 Late into Monday night, Mississippi lawmakers managed to pass a strained budget, a $415 million tax cut and $250 million in bonds before midnight to meet Monday's deadline for budget ...