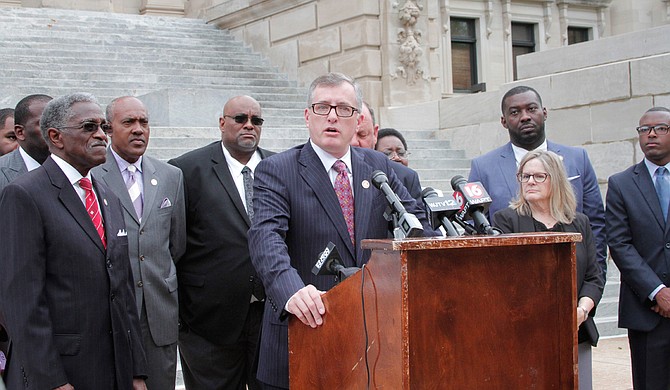 Rep. Jay Hughes, D-Oxford, along with other Senate and House Democrats, called on Speaker Philip Gunn to take up his resolution to repeal House Bill 1523.

Rep. Jay Hughes, D-Oxford, and other Mississippi House and Senate Democrats called on the Legislature's leadership to repeal House Bill 1523 this morning.