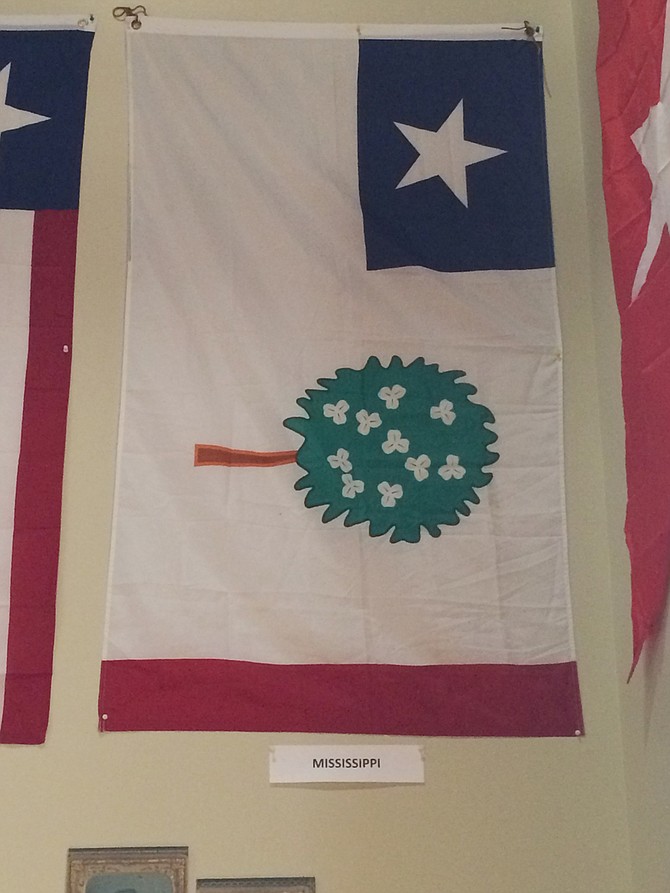 The Mississippi secessionist flag was banned in 1865 at the close of the Civil War, when the U.S. government banned the use of symbols of treason by the states in the union.