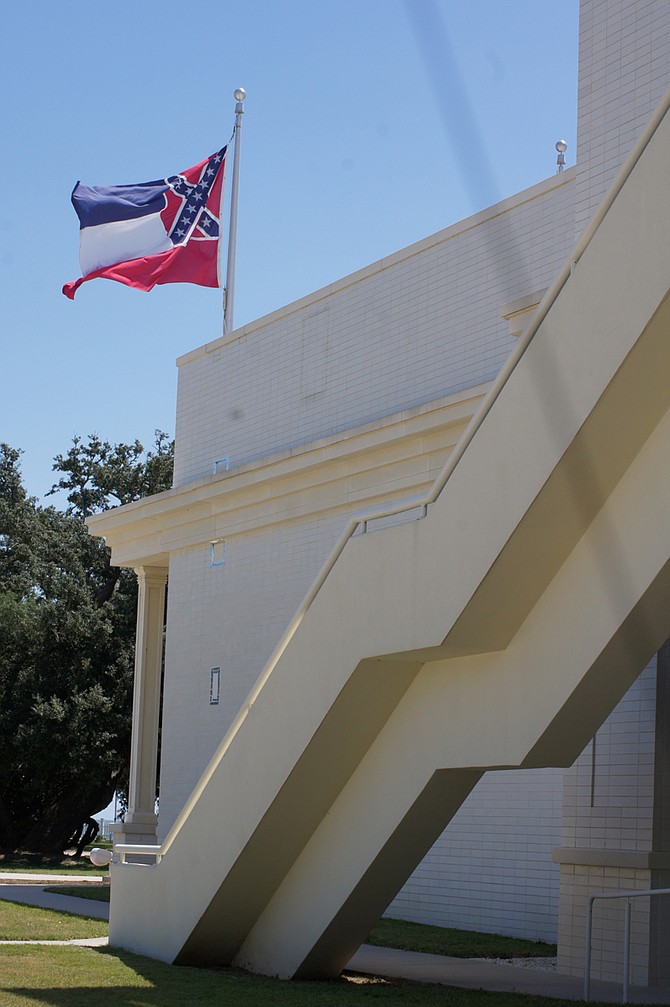 The 1894 Mississippi state flag flies outside Beauvoir in Biloxi.