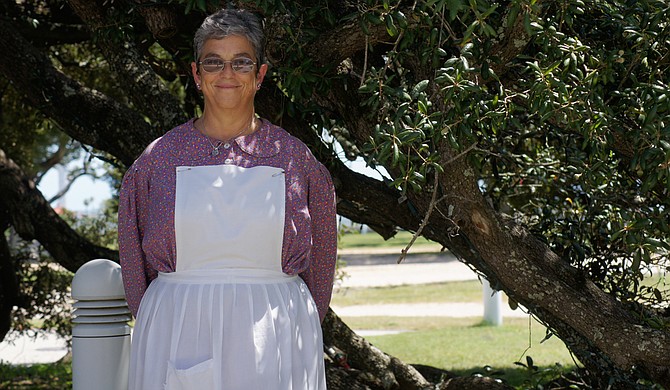 Kitsaa Stevens, who coordinates events at Jefferson Davis’s last home, Beauvoir, filed the initial paperwork for Ballot Initiative 54, a petition to keep the 1894 state flag, which she believes is a symbol of reconciliation, not race division.