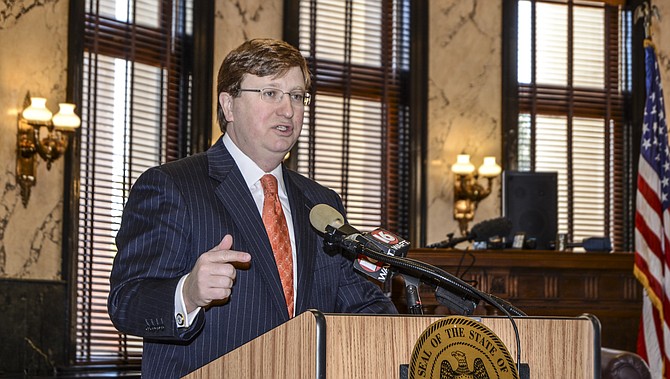 Lt. Gov. Tate Reeves held a press conference at the Capitol Monday morning to discuss his plans for the 2015 session, which include tax cuts, making changes to the Mississippi Adequate Education Formula and requiring transparency from public hospitals.

Talk around the Capitol suggests that because it is an election year, nothing substantial will get done. But it's clear that the state leadership has a different idea.