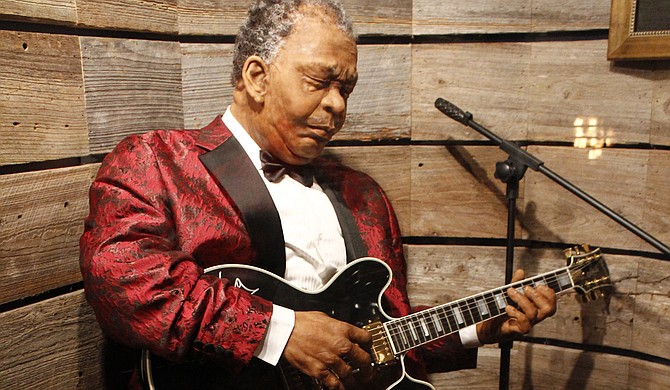 Most fans of blues music know that B.B. King, whose birth name was Riley King, named his Gibson guitars Lucille, but a placard in the “Mississippi Music Experience” tells visitors why. Late in 1949, the musician was playing a show in Twist, Ark., where a barrel of kerosene kept the crowd warm. A fight between two men broke out over a woman named Lucille, and the kerosene was knocked over, causing a fire. The building was evacuated. Once out of the dance hall, King realized that he had left his Gibson guitar inside the burning building. He went back and rescued it. The next day, he learned the two men had died fighting over the woman, so from that day forward, he named his guitars Lucille as a reminder to not fight over a woman or run into a burning building.