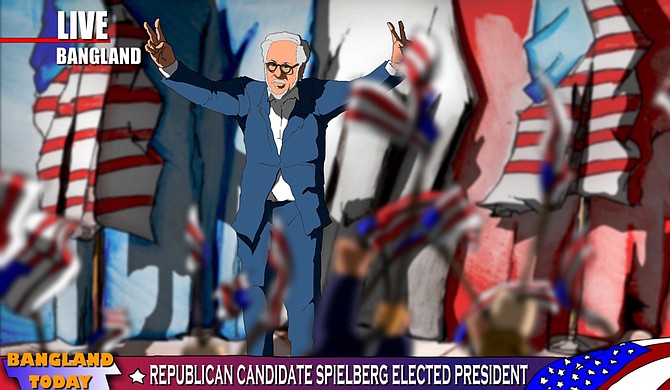 “Too Bad.” is an animated short film that takes place in fictional Bangland, a major city in dystopian America, where Steven Spielberg is president. Photo courtesy Crossroads Film Society