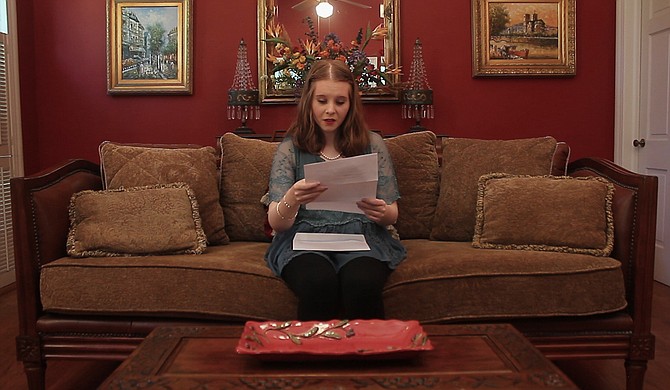 In “Adult-ish,” Anna Hill reads a letter to her parents saying that she’s ready to move into her own house at the age of 18. Photo courtesy Crossroads Film society