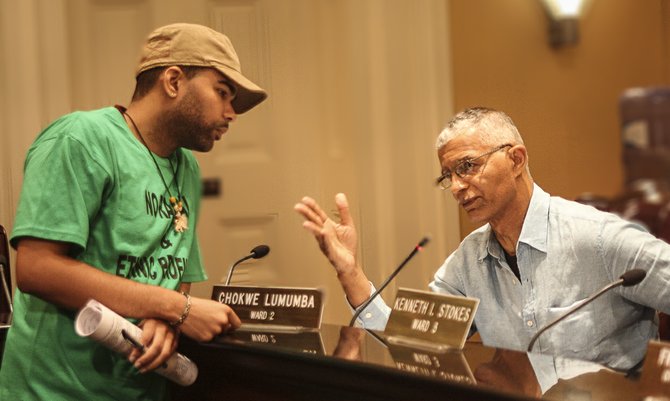 In this undated photo, then-Ward 2 Councilman Chokwe Lumumba (right) consults with his son, Chokwe Antar Lumumba, whose loss in this year’s mayoral election, some believe, stymied the economic vision his father laid out before his death.

The People Take on the Sales Tax

Six months after former Mayor Chokwe Lumumba's death and the unsuccessful campaign of his son, Chokwe Antar Lumumba, to succeed him as mayor, the organizers of the citywide People's Assembly ...