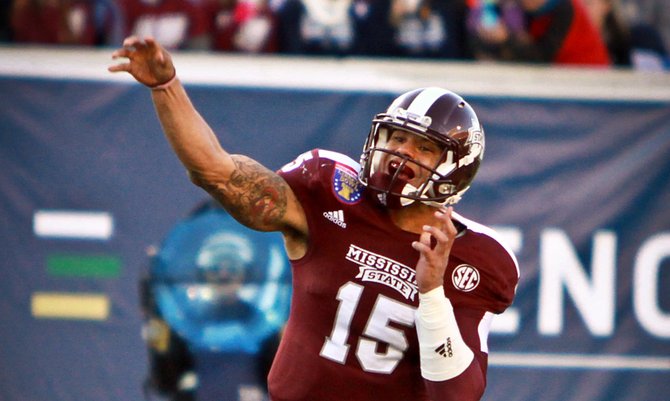 Mullen Insists the 2015 Bulldogs Are a Veteran Squad

Bo, Dak and their Coaches

Bo Wallace's route to Ole Miss was almost as circuitous as that of his head coach, Hugh Freeze. Wallace's college career began as a redshirt freshman at Arkansas State University ...

Even if the fourth-ranked Bulldogs (9-1, 5-1 Southeastern Conference) win their final two regular-season games, there's no guarantee they'll have a chance to play for a SEC or national championship.

No. 3 Mississippi State Set to Host No. 2 Auburn in Starkville

STARKVILLE, Miss. (AP) — It wasn't long ago that the mention of the numbers three and two brought sarcastic jokes and eye rolls from fans of Auburn and Mississippi State. ...