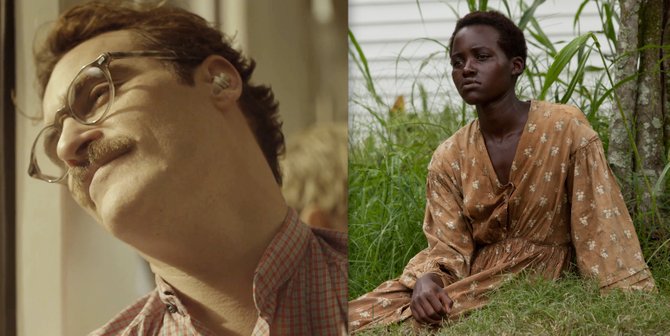 The nine films nominated for best picture at the Academy Awards are "Captain Phillips," ''Dallas Buyers Club," ''Her," ''Nebraska," ''The Wolf of Wall Street," "Philomena," "Gravity," ''American Hustle" and "12 Years a Slave."

The Academy Awards appear to be the three-horse race many expected they would be, with "Gravity," ''American Hustle" and "12 Years a Slave" all receiving a heap of nominations.