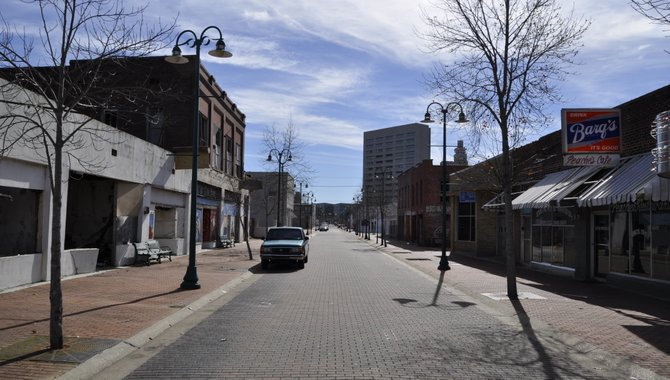 Peaches Cafe is one of the few remaining businesses on Farish Street, which developers feel is primed to be the heart of a thriving entertainment district one day.