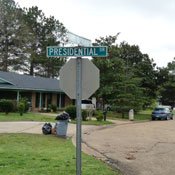 Neighborhoods like Presidential Hills, which saw its most dramatic demographic changes in the 1970s, offer a more nuanced context for recent census numbers.

The release of 2010 Census data earlier this year may have been a gut-check for Jackson's leaders, but the numbers were hardly surprising. News reports, however, were quick to seize ...