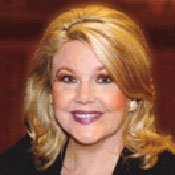 Madison Mayor Hawkins Butler said she wants to model a residents-only festival in her city after a festival in Franklin, Tenn., but Franklin officials claim they don't follow such a practice.

Officials from Franklin, Tenn., a city Madison Mayor Mary Hawkins Butler cited last week as a model for keeping outsiders from attending a Madison festival, claim their city has never ...