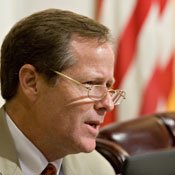 The city of Jackson is caught in the middle of two conflicting court orders regarding its controversial sewer services contract. The orders come after an Aug. 12 appeal the city ...

With the November judicial elections still months away, many candidates for circuit and county judge positions have not begun campaigning in earnest. If a recent round of campaign-finance records is ...