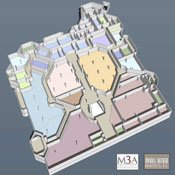 Jackson Mayor Harvey Johnson Jr. says the decision to move JPS administrative offices to Metrocenter is entirely up to the board, even though he supports the move.

Jackson Mayor Harvey Johnson Jr. said at last week's Jackson Public Schools board meeting that he supports developer David Watkins' vision to relocate the entirety of JPS administration to the ...