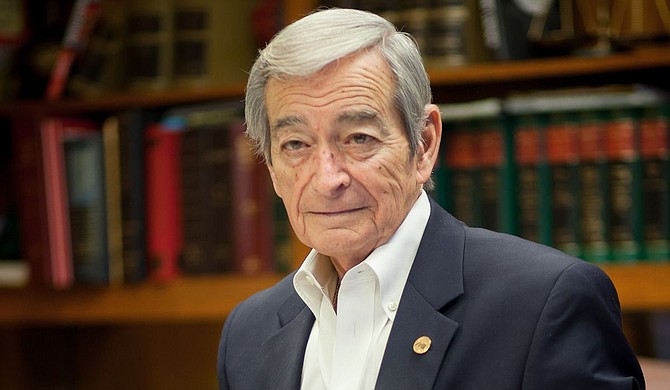 Former attorney and Jackson mayor Alney Dale Danks Jr. died shortly after being hospitalized due to complications from a stroke on Wednesday, June 9. He was 81 years old.

Danks was born in Miami, Fla., and moved to Jackson with his family in 1954. He graduated from Murrah High School and enrolled at Millsaps College in 1957. He dropped out of Millsaps in June 1959 and married his wife, Carolyn Carl, and later enrolled at the Jackson School of Law. He graduated in 1963 and joined the Mississippi Bar Association.

Danks served as a Hinds County district attorney for two terms before being elected as mayor of Jackson in 1977. He served for three terms until 1989. During his tenure in office, he oversaw the construction of the O.B. Curtis Water Treatment Plant and led the city through the Easter Flood of 1979. During his final term, the city transitioned from a mayor-commission form of government to the current mayor-city council format in 1985. He received the Above and Beyond Award, the highest honor a person can get for work they've done for the City of Jackson, for his achievements in office.

After leaving office in 1989, Danks returned to practicing law and served by appointment as a municipal judge in Madison. In 2004, he and fellow attorney Michael Cory founded their own law firm, Danks, Miller & Cory, in downtown Jackson. The firm specializes in general, civil and white collar criminal litigation. The National Trial Lawyers organization previously named Danks to its Top 100 Trial Lawyers list.

Danks also served as president of the Mississippi Municipal Association and was a member of the Energy and Transportation Committee, the National League of Cities, the Housing and Economic Development Committee, the U.S. Conference of Mayors, the State Fair Commission and the Jackson Chamber of Commerce.