Will a Court Force Mississippi to Change on Mental Health? 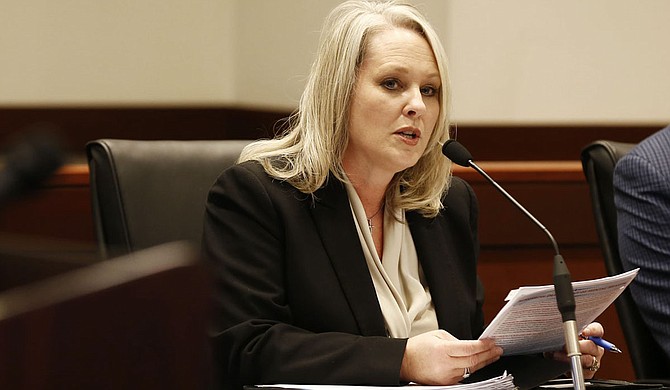 Tyler Haire spent his 17th, 18th, 19th and 20th birthdays in the Calhoun County jail in Pittsboro, Miss. Sometimes, he would throw tantrums and ask to be sent to solitary confinement where he could sleep. He would tell his jailers about the voices he heard or the visions of aliens he saw. Sometimes, he would lie on a mattress and watch the "Tom and Jerry" cartoons he loved. Other times, he would color pictures of dragons to give to the deputies.

On other days, friends of his fathers who were in the jail would beat him as a favor, because his dad had not forgiven him for the event that landed him in that jail in the first place. At age 16 on Nov. 17, 2012, Haire HAD called 911 after he attacked his father's girlfriend with a knife, though not fatally.

Haire's court-appointed defense lawyer tried repeatedly to talk to him, but to no avail. He told a judge that he did not believe Haire had the "mental capacity" to understand the aggravated-assault charges he was facing and needed to undergo a psychiatric evaluation. The judge, looking at Haire's medical history that indicated diagnoses of seven mental disorders, agreed. He ordered that Haire "be given a mental evaluation at the earliest possible date." That was on April 23, 2013.

Haire spent the next three-and-a-half years in jail, waiting for an evaluation from the Mississippi State Hospital in Whitfield. When Haire emerged from his psychiatric evaluation, he was in tears. The psychiatrist had asked him to add two plus two, and he could not do it.

Nevertheless, the evaluation determined that he was competent to stand trial, and Haire took a seven-year plea deal.

When investigative journalist Sarah Smith asked him in 2017 why he accepted the plea deal, he was blunt in a phone call from prison: "It was seven years, and seven's less than 20." He went to serve his sentence at the Jefferson-Franklin County Correctional Facility, which lacked the mental-health services he needed.

In that 2017 report, ProPublica identified more than 100 cases in which Mississippians with mental illnesses were spending long periods in jail waiting for a bed or evaluation from the state hospital. Now, a recently concluded federal trial could force the State to change its ways.

Throughout June, Jackson-based U.S. District Court Judge Carlton Reeves heard arguments in United States v. Mississippi, in which the U.S. government is suing the state for failing to ensure the state's mental-health system upholds the civil rights of those with mental illnesses. It cites not only the long jail stays, but the over-hospitalization of people who could receive effective treatment in their own communities.

In closing arguments on July 1,  attorney Jim Shelson denied the charges on behalf of the State of Mississippi

"There was no evidence that anyone was unnecessarily institutionalized," Shelson said.

The federal government, though, disagreed, noting that just 20% of those at the hospital in Whitfield received a visit from a community health-care worker before returning home in 2016 and 2017. That, DOJ attorneys contend, leads to poor outcomes, with no one giving people who  suffer mental illness the tools they need to perform day-to-day functions, like going to school or working a job.

During the trial, Melody Worsham, who works as a peer-support specialist for the Mental Health Association of South Mississippi, testified that she has voluntarily committed herself to hospitals in the state during a mental-health crisis six times—but has avoided state hospitals.

"I'm terrified of them," testified Worsham, who said she suffers from schizophrenia.

Peer-support specialists use their own experiences to help people who are dealing with similar struggles get better, by sharing the skills and tools they have learned in their own lives. Many parts of the state have little or no access to the specialists, though, she testified on June 5.

Without access to community-based services like the ones she provides on the Gulf Coast, Worsham said, people will continue to undergo unnecessary hospitalizations.

"Not everything needs hospitalization. Not everything is an emergency. When I go to a hospital, I'm losing all power over myself," the told the court, as the Meridian Star reported. "And that itself is traumatizing."

The federal government's case rests on the idea that Mississippi's mental-health system is so inadequate that the state is in violation of a 1999 U.S. Supreme Court ruling, Olmstead v. L.C.

Two mentally ill women, Lois Curtis and Elaine Wilson, argued in that case that the State of Georgia had violated their rights. Doctors had diagnosed Curtis with schizophrenia, and Wilson with a personality disorder. They had each spent years confined in the Georgia Regional Hospital in Atlanta in a psychiatric unit. At some point, mental-health professionals determined that both women could instead receive care in a community-based program. After the State failed to transfer Curtis to a community-based program, though, she filed the lawsuit, arguing that Georgia had violated her rights. Wilson joined her.

Once that case reached the nation's highest court, it ruled in their favor, finding that states must ensure the same kinds of protections for mentally ill people as for other disabled people under the Americans With Disabilities Act, ensuring that they have the most integrated and equal experiences in public spaces as possible. To do that, public entities in the years since have sought to implement an "Olmstead Plan," which ada.gov defines as "a public entity's plan for implementing its obligation to provide individuals with disabilities opportunities to live, work, and be served in integrated settings."

"What (Olmstead) said is that mental-health services should be set up to help them do things, like ... how to work and manage their mental illness at the same time," Hogge said. "And that also means if that's really happening, we shouldn't rely on state hospitals so much."

Melodie Peet, one of the U.S. government's expert witnesses, though, said during the trial that the 20% statistic is "indicative of two systems not collaborating," referring to the state's mental hospitals and regional community health care providers. When working together, the two systems  can offer valuable, balanced perspectives, she testified on June 17. Rather than operating as two separate systems, she said, state hospitals and community health centers should operate in synchronous harmony.

Instead, Peet said, the State relies heavily on its own hospitals, but she said those are stuck in the past.   "State hospitals were born and evolved even before there were departments of mental health," she said. "They had their own culture and ... operated independent of any entity for a long time."

Without oversight or accountability, state hospitals engaged in practices that further marginalized their patients, often over-medicating them based on the false belief that their conditions could only worsen, rather than improve. That was a self-fulfilling prophecy. Then came the community system, Peet told the court.

"The community system is a latecomer to that game, and it's very hard to develop the necessary connections and practices to forge that working relationship and really make real one system where it's not a junior and a senior relationship," Peet testified. "What I see (now) is two parallel systems each trying in their way to do the right thing but not having a structure that really enables and integrates the two systems in a way that ... is best for the patient."

'No Plan Exists in Mississippi'

In court on June 27, Mississippi's Department of Mental Health Executive Director Diana Mikula testified that she and other agency heads want to spend more money on community mental-health programs, but that the Legislature is not appropriating enough funds. State budget cuts in 2014, 2017 and 2018 made it more difficult for them to appropriate the funds needed to expand services, she said.

"We work with the Legislature. We ask for appropriations. We may not receive what we asked for," Mikula testified.

While the Legislature did give MDH $16 million to expand community-based services, it cut overall MDH funding by $28 million just in the past two years.

MDH does "have a plan for the program we want to provide," Mikula said—just not the money. When federal attorneys pressed her, though, she admitted that MDH does not have a five-year plan for moving more services to community care.

That would include things like mobile crisis services, in which mental health clinicians go into communities to meet patients where a crisis happens; supported employment and housing; peer support services like Worsham helps provide; and other tools to help avoid hospitalization or jail.

While attorneys for the State argue that Mississippi has made improvements, lawyers for the federal government told the judge that it is not enough. Hogge agreed.

"Mississippi got sued because even though the State has started to develop those kinds of services, they're very spotty, and they aren't offered consistently across the state," Hogge said. "And they may not be offered. So this suit is about taking the services that we already have that we're not offering consistently and making sure that people with serious mental illness have the opportunity to access those services so they can live in a community if they want to."

Attorneys for the State argued throughout the trial that mental-health care with "no gaps" would be unattainable, and that the federal government was trying to impose too heavy a burden on a state that cannot afford it. DOJ attorneys argued that the State would be able to afford it if it would file more claims with the state-federal Medicaid program. Mississippi, they said, must have a working plan in place to comply with Olmstead's civil-rights requirements.

Plaintiffs and defendants will submit final written briefs sometime in the next few weeks, though court watchers do not expect Reeves to issue a ruling for months.