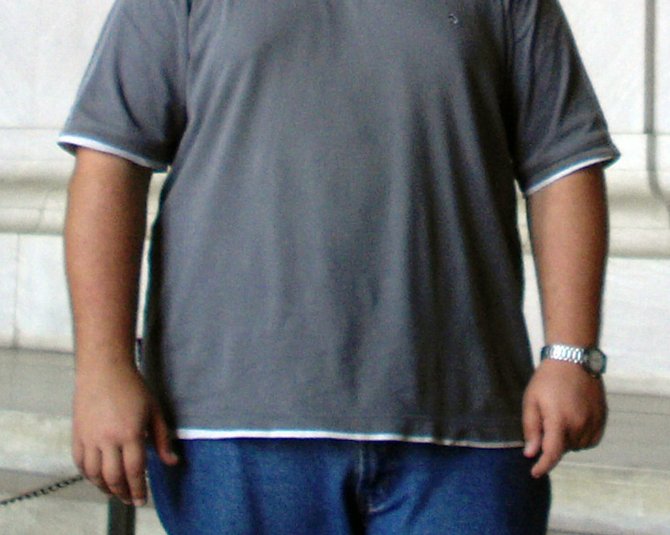 Mississippi has the highest obesity rates in the United States.

Dr. Whitney Herring has been a pediatrician at the University of Mississippi Medical Center for about a year. With a master's degree in public health, in addition to being a doctor and an assistant professor, she sees many obese children in her practice. To date, she hasn't had a single win.

"A colleague of mine has several (child patients) who are really doing great," she says, quickly adding that she's only been on staff for a short time.

Mississippi's obesity rates are staggering: 35 percent of adults and about 40 percent of our children are obese, Herring says, with the highest rates in the nation. The Centers for Disease Control define obesity as having a body-mass index (BMI) in the 95th percentile. Generally, 10-year-old boys, who average about 70 pounds, are obese if they weigh about 105 pounds.

It's a multi-faceted problem. Researchers point to predictors such as high birth weight, rapid weight gain and genetics, in addition to food choices and sedentary lifestyles. Habits begin forming even before a child is born and stay with children throughout their lives.

Issues of food access and exposure to enticing messages about what and how much to eat play a large role. In largely rural Mississippi, the nearest grocery store can be 30 to 45 minutes away, and choices dictated by budgets and prep time favor processed foods that will keep over fresh items that spoil quickly and require cooking.

"It's just hard," Herring says. Even when people have the knowledge to eat healthy, not everyone has the resources.

Without effective intervention, obese children will likely become obese adults, and as a result, children born today can expect to have shorter life spans than prior generations. The health conditions related to obesity—diabetes, heart conditions, high blood pressure and some types of cancer—will cost America trillions in years to come. Estimates put costs at more than $300 billion a year.

Herring tries to introduce simple things to help kids lose weight. One of the most effective changes is to stop drinking sodas and juices. She urges parents to bake instead of fry, and find a few vegetables their kids like. She teaches "5-2-1-0," that is: five fruits and vegetables a day, no more than two hours of screen time, one hour of physical activity and zero sweetened beverages.

Schools are vital to the effort. In 2007, the state Legislature passed the Healthy Students Act, "which required public schools to use healthier cooking methods, offer more nutritious meals, provide more time for physical activity and develop health-education programs," the Robert Wood Johnson Foundation reports. "The Act also called for schools to involve parents and the surrounding community in efforts to create a healthier environment for all students."

Mississippi has made progress, replacing sugary drinks and offering more fruit and veggies, and baked instead of fried foods, says Victor Sutton, director of the office of preventive health with the Mississippi State Department of Health. The state works with early-childhood centers in addition to K-12 public schools. "Kids spend so much time in school; It's just a perfect opportunity to try to address some of these issues," he says.

MSDH is also working to put more farmers markets into communities, and partnering with schools to open their facilities—tracks and gyms—in neighborhoods with few resources. Sutton would like to see more kids walk to school, and mandatory physical and health education. Any increase in physical activity helps, he says.

The efforts are working. Mississippi is among four states where childhood obesity has declined, along with California, New Mexico and West Virginia. In grades K-5, obesity dropped by more than 13 percent from 2005 to 2011. While we're still first for 10- to 17-year-olds, the state ranks No. 24 for 2- to 4-year-olds in low-income households. But with obesity rates four times higher than the national average, we have a long way to go.

"There's been an increase in black students, specifically black females," Herring says. She doesn't see it as race related, because the increase isn't happening for black males. "We don't really know (the reasons). ... I think it's promising, though. We just have a lot more to do."