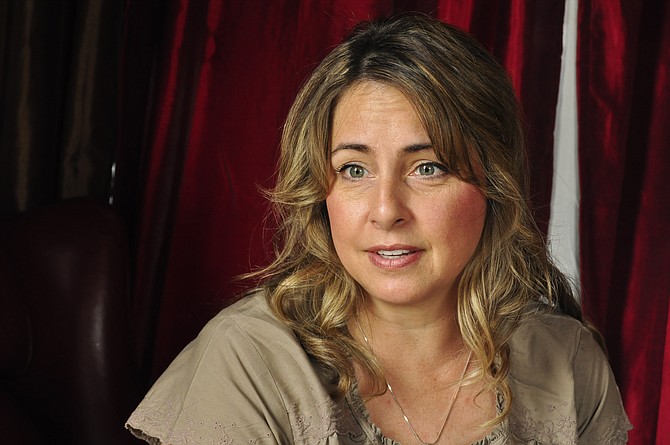 MaryJo Perry, co-director of Mississippi Parents for Vaccine Rights, got a medical exemption for her son after vaccinations administered to him when he was 5 caused him seizures. She had to jump through health department hoops first. Photo by Trip Burns.

While local sports enthusiasts rave that Mississippi is No. 1 in something other than obesity and teen pregnancy, the state has slid into first place in more than football in recent months. Mississippi has the highest rate of vaccinations.

But vaccination-rights activists like MaryJo Perry, co-director of Mississippi Parents for Vaccine Rights, claim this is not necessarily something to brag about.

While Mississippi has an almost 100 percent vaccination rate among its kindergarteners, it is also one of only two states in the county—West Virginia is the other—that do not allow for vaccination exemptions for religious or philosophical reasons.

Representatives of the Mississippi State Department of Health, which grants the exemptions, say they honor physician requests for medical exemptions. But, Perry said "we've got an army of mothers" who say otherwise.

The current schedule for immunizations for children, as recommended by the federal government, suggests that children should have 14 vaccines by the time they are 2 years old. A vaccine for Hepatitis B is administered at birth unless the parents object. Children must be up-to-date on their vaccines in order to be enrolled in Head Start, daycare or kindergarten.

"We know that vaccines are probably the most effective public-health intervention that we've ever had ... We will have prevented millions of cases and saved hundreds of thousands of lives since the 1990s," Dr. Thomas Dobbs, state epidemiologist district health officer, said.

Mississippi parents who question the schedule are wary about the effects of vaccinating so much and at such a young age. Most want the option to delay vaccinations and have the shots spread out over a longer period of time.

The Centers for Disease Control reports that children are most vulnerable to diseases that vaccines help prevent when they are young, which is why they are administered early. These diseases include measles, mumps, rubella, chickenpox, hepatitis B, diphtheria, tetanus, whooping cough, Haemophilus influenza type B, polio, influenza and pneumococcal. Some of these require multiple rounds of vaccinations before a child is immune.

Dobbs said parents have free rein to come up with their own schedule for vaccinating their children, but Perry said many physicians are unaware that the recommended schedule is not mandatory.   Parents who have chosen not to vaccinate on schedule often have trouble finding a physician who will see their child if they get sick.

When Perry's youngest son, Jacob, was a newborn, a gastrointestinal specialist at the University of Mississippi Medical Center told Perry to try to delay his vaccinations because of her family history of ulcerative colitis and Crohn's disease.

Some doctors and parents believe there might be a correlation between bowel disorders and adverse effects from vaccinations. A study by the controversial British doctor, Dr. Andrew Wakefield, suggests this, along with a link between vaccinations and autism.

A panel from the General Medical Council in Britain found that the study was fraudulent, and Wakefield was disbarred from practicing medicine in the United Kingdom and essentially ostracized by the medical community. The medical journal The Lancet published his studies in the late 1990s, and they were renounced in 2010.

Still, Perry took the G.I. specialist's advice, waiting to begin vaccinating Jacob until he was 3. She homeschooled her son to be able to do so. Within 72 hours of getting his third round of vaccinations—nine vaccines in one day—at age 5, Jacob had several grand mal seizures.

"He knew he was going to have a reaction," Perry said of the doctor who urged her to delay vaccinations. She often asks herself: What would have happened to her son if she had vaccinated Jacob as a baby?

While studies linking vaccinations to autism have been generally regarded as untrue, and the cover-up of those studies labeled a conspiracy theory, Perry probes, "As long as there are risks, and we don't know what they are yet, I think it's wrong to force parents to submit their children to 36 vaccines by 24 months."

An alleged Centers for Disease Control whistleblower, William Thompson, confused things further when he claimed data was omitted from the CDC report thought to have "proved once and for all" that there is no link between vaccinations and autism.

The journal Pediatrics published the study, conducted by CDC's National Immunization Program, in 2004.

The MSDH reports that vaccines are safe, despite the minor and rare side effects, and that they are one of the greatest medical achievements of all time.

Even though Jacob only lacked one pertussis, or whooping cough, booster to have his immunizations complete, it took Perry five years to get a vaccine medical exemption for Jacob after his seizures.

"(Medical exemptions) are almost impossible to get," she said.

Perry had to jump through hoops: her doctor's requests were denied twice until she got legislators involved, after which she was only given temporary exemptions that she had to renew every two months. Jacob aged out of the pertussis booster he lacked when he turned 7, but the state added another booster requirement in middle school.

It wasn't until Jacob was 10—and she had made contact with her local health officer—that Perry was granted his medical exemption from MSDH.

Dobbs said exemptions are typically granted for children who are critically ill, but he insists that MSDH respects the doctor-parent relationship.

"Anything the doctor says, we accept it. So, we think the doctor, in consultation with the parents, can make the decision," Dobbs said.

Mississippi, however, has significantly fewer medical exemptions granted than surrounding states—16 in 2011 compared to 109, 168, 166 and 153 in Alabama, Arkansas, Louisiana and Tennessee respectively, according to the CDC.

Perry said the legislative chairman of public health and human services, Rep. Sam Mims, R-McComb, has been responsive to parents who are seeking medical exemptions. Mims, Perry claims, has told parents to contact him if they have trouble with getting accommodations from MSDH.

Mims did not return calls to the Jackson Free Press.

Those who question the vaccine schedule are often labeled "truthers"—referring to conspiracy theorists who believe the terrorist attacks of Sept. 11, 2001, were orchestrated by the government. But the parents at MPVR say they are not anti-vaccine—instead that they just want to be able to make informed decisions and have the range of options that parents in 48 other states have.

"As long as we are subject to the health department, bureaucrats that don't see our children, parents need to have rights. Our schedule is just so huge," Perry said.

Correction: This story initially stated that 36 vaccines are administered by age two; there are 14 vaccines on the CDC's recommended list, although some of them require multiple doses. We've also removed "sexually transmitted" from the reference to Hepatitis B; it is often sexually transmitted, but can be transmitted in other ways.