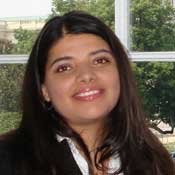 Mississippi Immigrants Rights Alliance President Bill Chandler says his organization will be working full time to make sure Mississippi's Latinos are counted in the 2010 census.

"We're setting up service centers around the state where people can go. We're creating a network here in Jackson, and we're working on the Coast. We're doing door-knocking in complexes and trailer parks and other places with Latino communities," Chandler said.

The effort is necessary because census reports and Mississippi Latinos typically don't go well together, he said, thanks to Latinos' relative unwillingness to release personal information.

"Previous census counts have severely undercounted communities of color, particularly immigrants, because immigrants sometimes don't respond to the census. They have a suspicion of government and people with clipboards," Chandler said. "Often, immigrants have good cause to fear the government, which works hard to deport them."

Latino organizations are working to assure Latinos that the Census Bureau may not share personal information, such as citizenship status, with any federal, state or local government, said Gloria Montano Greene, director of the National Association of Latino Elected and Appointed Officials.

"That information goes only to the census, for the purpose of the census. Nothing else," Montano Greene said. "This is a message that needs to get out."

Senate Republicans did not aid that effort last year. U.S. Sens. David Vitter, R-La., and Robert Bennett, R-Utah, attempted to insert an amendment on a Commerce, Justice, Science, and Related Agencies appropriations bill that would have required residents to answer a question regarding their citizenship and immigration status as part of the 2010 census. The amendment, which NALEO said was designed to scare undocumented immigrants and other non-citizens from being counted in the 2010 census, died after the Senate vote to end debate last November.

Efforts to discourage Latino turnout skews the census numbers. The 1990 census claimed 15,931 Latino people resided in Mississippi, which was the last decade the census nearly got it right, Chandler said. At the time, the Latino population consisted of a primarily stable group with secure employment and stable residential documentation. Many Latinos worked professional jobs at hospitals and universities. That changed after 1990, when the newly arriving casinos on the Coast demanded a quick influx of new workers to help assemble much-needed coastal infrastructure, and construct and staff hotels and the rest of the service industries surrounding the casinos.

Chandler said the North American Free Trade Agreement of the 1990s further aggravated immigration by pitting government-subsidized U.S. crops against those of poor, rural Mexican farmers, many of whom inevitably lost their land to debt, and subsequently sought employment in the U.S.

The 2000 census recorded a total of 39,569 people of Latino background out of Mississippi's total population o 2.8 million. Chandler disputes that number by a wide margin, claiming counts at church congregations and union membership put the 2000 figure closer to 100,000. He says the number has gotten no smaller in the last 10 years.

"The population figure sets up how the federal government distributes resources to the local, state, county and town, and how grant formulas are given," she said. "You may be able to generate your city matching dollars for pothole repairs, but those census numbers dictate how many federal matching funds you get."

Chandler said an accurate count affects how the state does business with Latinos. "Demonstrating the fact that there are a significant number of Spanish-speaking people here will put pressure on our system of government services and education to provide interpreters or bilingual education," Chandler said. "In theory, we're already supposed to be providing some bi-lingual government services, but that doesn't mean we're adhering to it."

Mississippi suffered a hit from a population drop after the 2000 census, and had to abandon a congressional district. The resulting district merger pitted U.S. congressional Democratic incumbent Ronnie Shows against Republican incumbent Chip Pickering in a district that heavily favored Pickering.